A celebration of their creative partnership and close friendship, which resulted in their well-known co-written anthems "Grace" and "Mojo Pin", the first two songs on Jeff's 2 million-selling "Grace" album. Gary gives a candid, up close and personal look at his sometimes tempestuous collaboration with Jeff Buckley which resulted in a dozen plus songs and covers, many featured on their album of early work "Songs to No One".

﻿New interview with Gary about working with Jeff Buckley just published in The Independent (Ireland), see the article here, and read the text here!

He demonstrates on guitar how their anthems "Mojo Pin" and "Grace" came about and evolved over time beginning as Gary's original guitar instrumentals "Rise Up to Be" and "And You Will", speaks about his involvement in the recording of Jeff's "Grace" album, reads from his book "Touched By Grace—My Time with Jeff Buckley" (Jawbone Press), spins rare and unreleased songs by the two of them, and shows never before seen footage of Jeff and Gary performing closely together live in both the duo format and in Gary's longtime band Gods and Monsters.

Gary was just alerted that they are teaching his song "Grace", co-written with Jeff Buckley, in UK music school curriculums—and they have one thing wrong here in a major way, claiming the song is scored for two guitars, bass, drums and synth. In fact, there are no synths to be found on the original 1991 studio demo nor on the final "Grace" album version (Gary performed on both versions). All synth sounding parts on these track are actually Gary's "magical guitarness" (per Jeff in the "Grace" liner notes). For a full explication on the writing and recording of this song and all other collaborations bweteen Gary Lucas and Jeff Buckley please check out Gary's book "Touched By Grace: My Time with Jeff Buckley" (Jawbone Press). 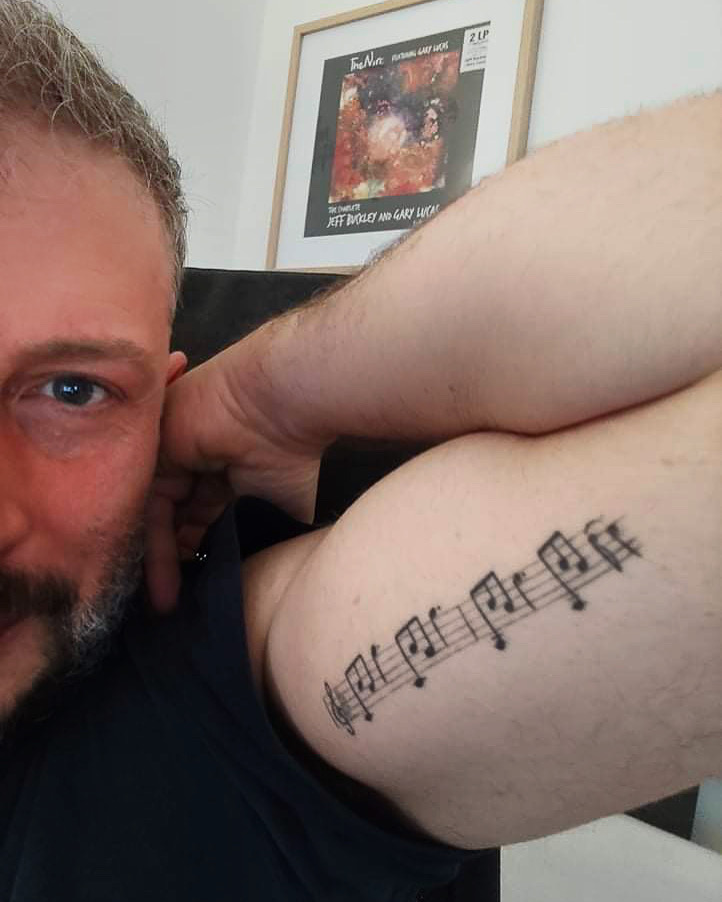 Gary's fan Luigi Pastore—who tattooed his arm with the opening repeated guitar motif of Jeff and Gary's "Mojo Pin"! Which is Gary's music—he wrote the underlying original guitar instrumental with all the riffs that became "Mojo Pin" under the title "And You Will". 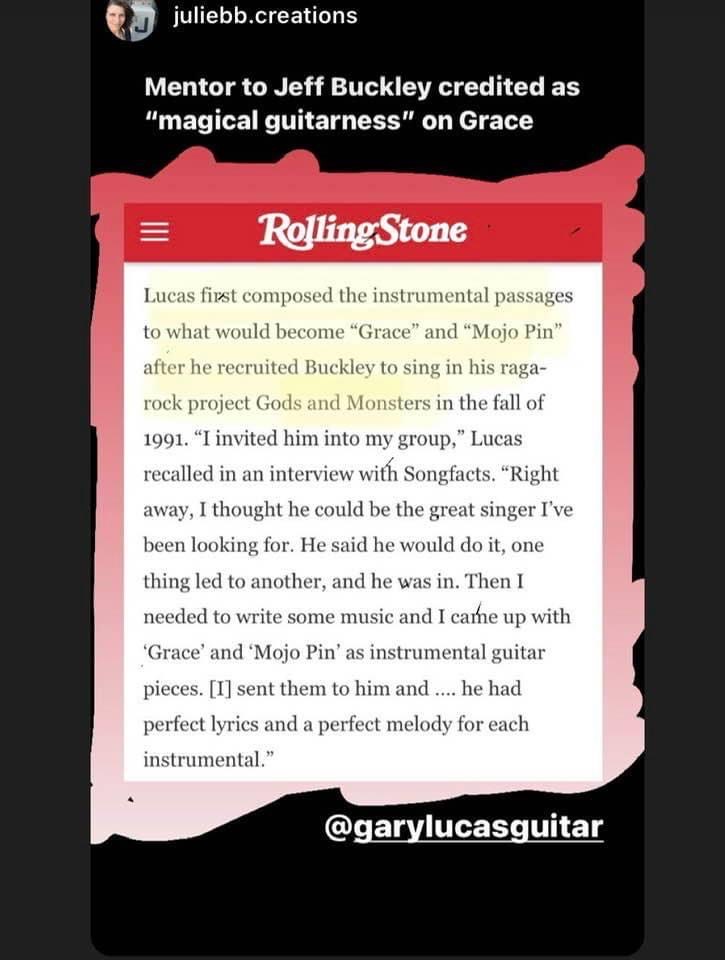 A clip from Rolling Stone magazine re: Gary and Jeff Buckley, retrieved by Julie Blore-Bizot 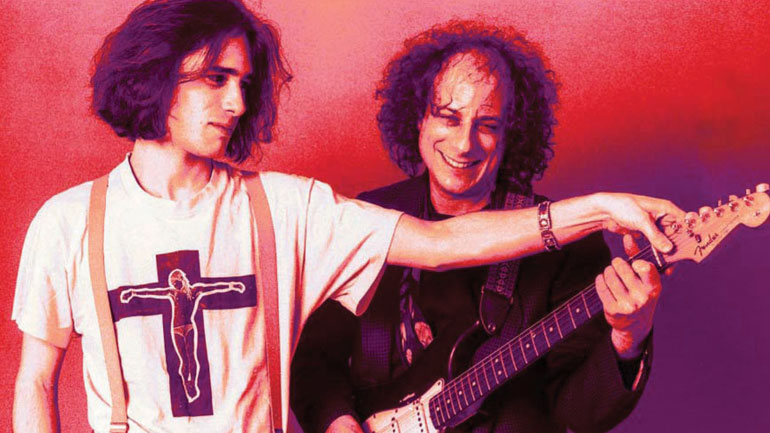 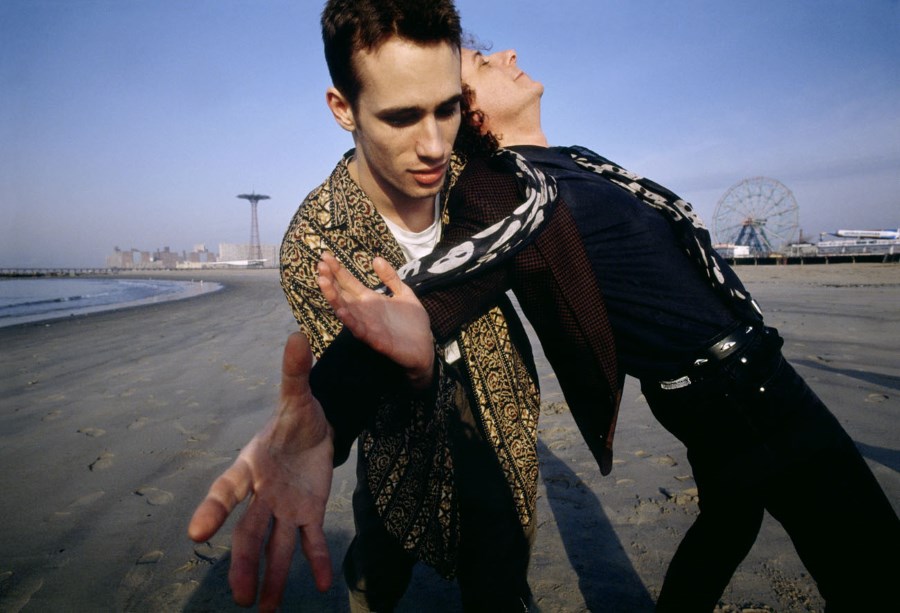 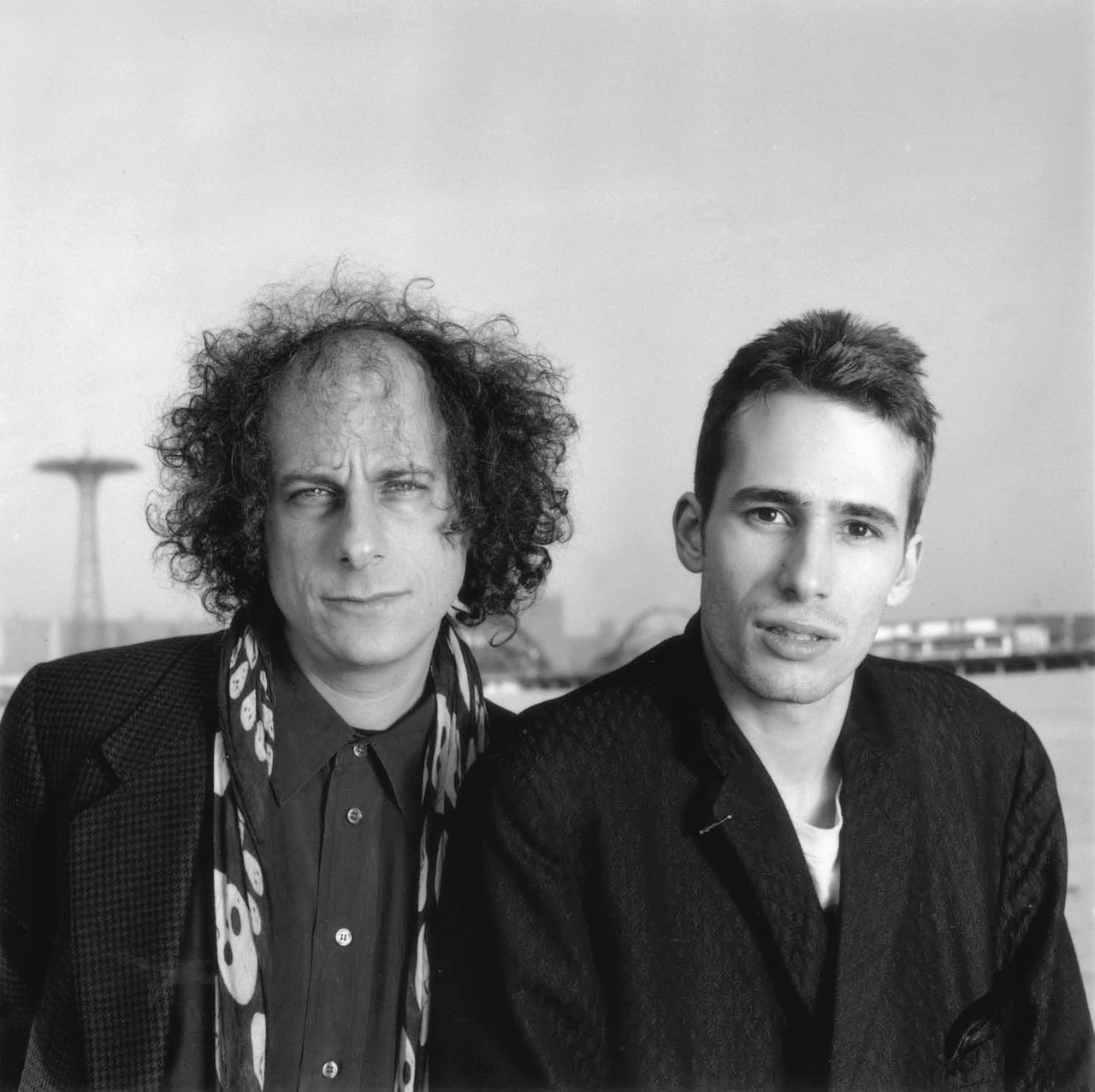 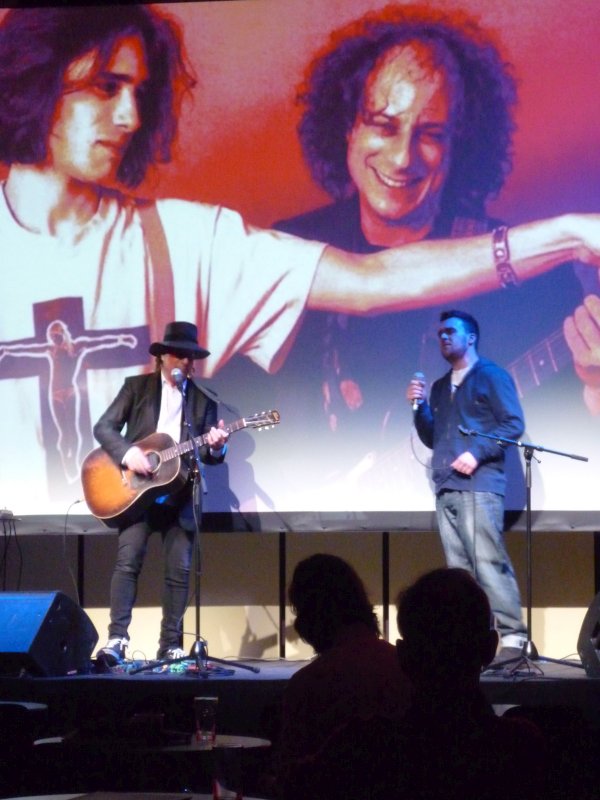 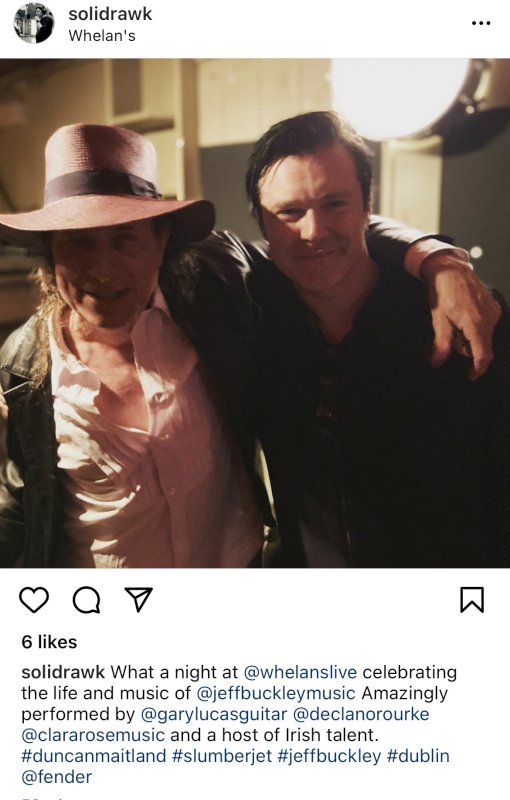 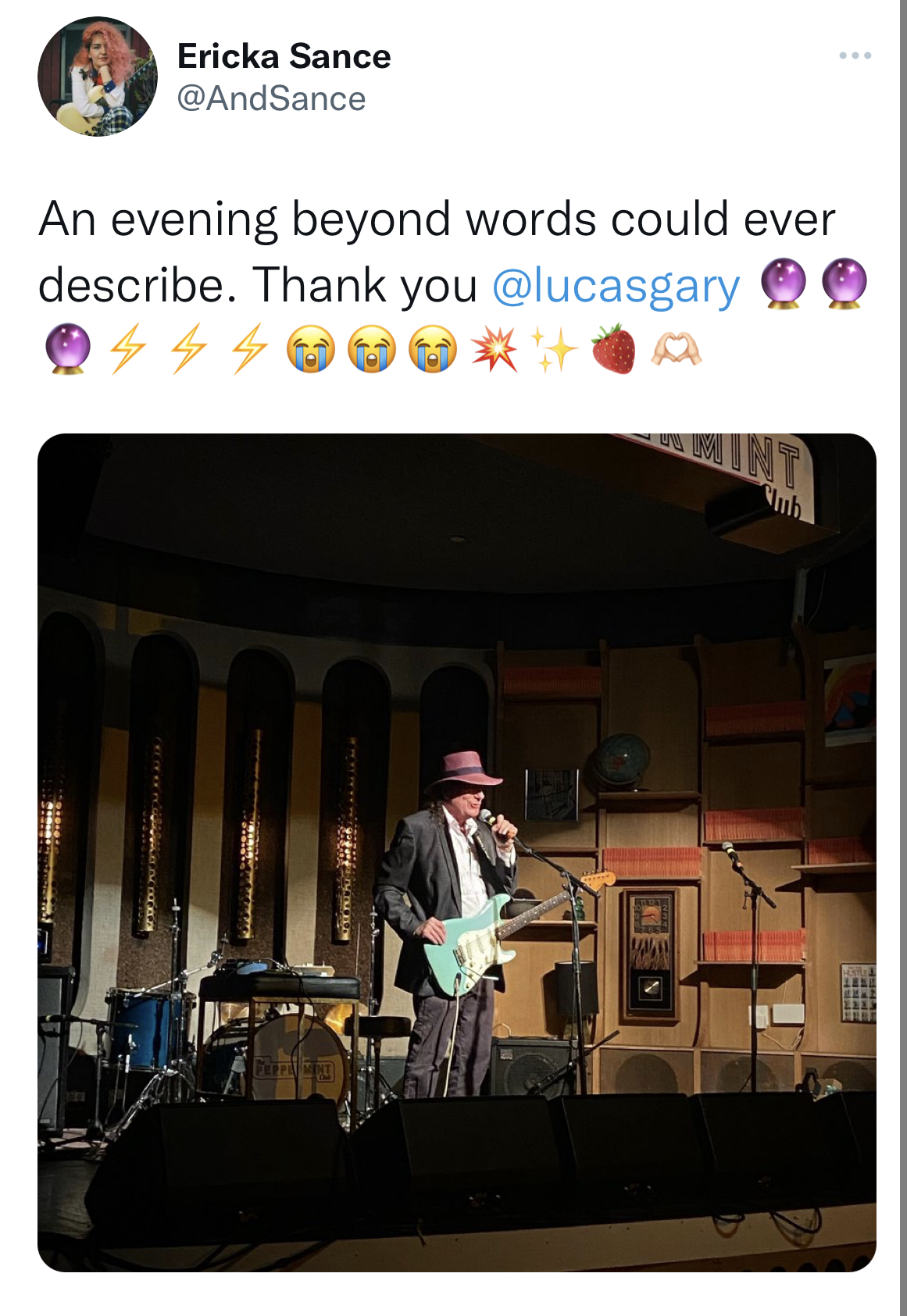 ANOTHER SATISFIED CUSTOMER: A tweet from superfan singer Ericka Sance after Gary’s Tribute to Jeff Buckley at The Peppermint Club in Hollywood 6/16/22